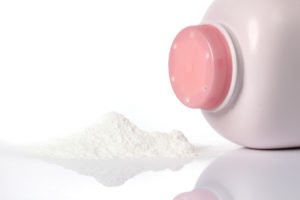 On March 11, I joined Tiger Joyce, President of the American Tort Reform Association, and Dan Mehan, President and CEO of the Missouri Chamber of Commerce and Industry, in a Washington Legal Foundation webinar about the issues raised in a recently filed petition for certiorari seeking review of a $2.1 billion Missouri state-court judgment.  You can view the webinar here.

The judgment arises out of claims that Johnson & Johnson’s iconic baby powder causes ovarian cancer.  A St. Louis trial court allowed 22 plaintiffs, including 17 non-residents of Missouri, to pursue their claims together.   The jury found J&J and its subsidiary Johnson & Johnson Consumer Inc. (“JJCI”) jointly and severally liable for $25 million in compensatory damages to each of the 22 plaintiffs.  It also imposed punitive damages totaling $4.1 billion against J&J and JJCI.

J&J and JJCI raise three questions in their cert. petition.  First, they contend that the trial court deprived them of due process by resolving in a single trial the claims of 22 plaintiffs involving materially different facts and the laws of multiple states.  Second, they contend that the punitive awards against J&J and JJCI are unconstitutionally excessive.  Third, they argue that the Missouri courts lacked personal jurisdiction over the claims against JJCI brought by the remaining 15 non-resident plaintiffs.

During the webinar, my fellow panelists and I had the opportunity to discuss each of the three issues.  But readers of this blog are likely to be especially interested in our discussion of the punitive damages issue.  I hope that you will find it illuminating.